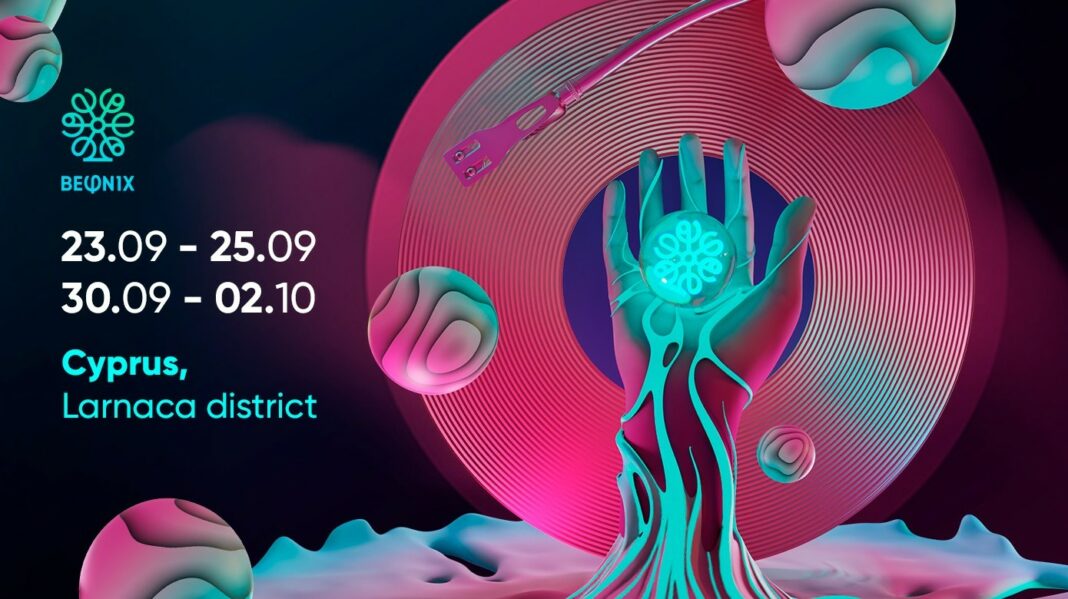 The stages will be located right by the sea in the city of Larnaca (CTO Beach) with a rich history and culture. In addition to music, visitors can expect beach football, water sports, food and drinks and a whole weekend of real buzz.

“This is going to be our first festival in Cyprus, but we expect it to be groundbreaking. It is the kind of event you are going to remember for a long time and look forward to every year. Each person will feel harmony of nature and music with every cell in their body. So, grab some friends and extend your festival season for another month“, – adding BEON1X team.

The music comes from a who’s who of big name international talents, including live shows from heavyweights like Paul Kalkbrenner and Satori, who will create new sounds live right during the performance, as well as serious techno, from tastemakers including Boris Brejcha, the legendary Carl Cox, the stylish melodies of Deborah De Luca, the iconic Luciano and Cocoon’s famous ringleader Sven Vath.

There will be house sounds from Jamie Jones, a sure special back to back between the underground heroes that are Sasha & Digweed, and more from Ibiza’s favorite Chelina Manuhutu, as well as progressive from Fatima Hajji and Guy J with more to come.

BEON1X Open Mind Music Festival is waiting for you to explore another level of sound enjoyment while watching the sunset and dancing all weekend long. Come and explore it with us.