ΑΡΧΙΚΗCULTUREWhat is coming next at Rialto theater in December...

What is coming next at Rialto theater in December… 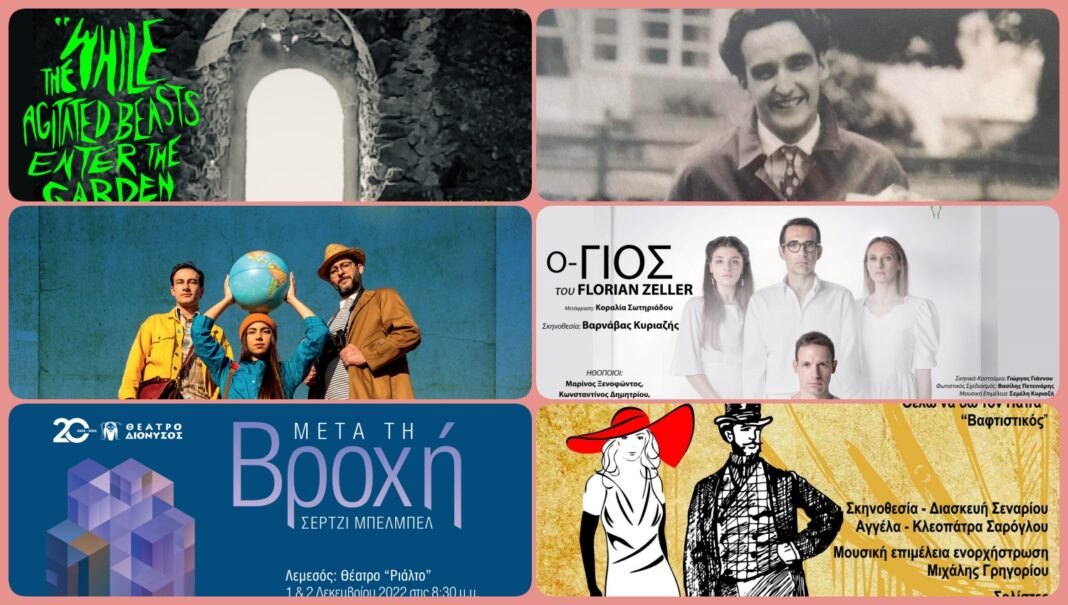 Ralph Fiennes portrays the role of Robert Moses (1888 – 1981), a very powerful and charismatic urban planner, whose career spanned over 40 years. Early in his career, Moses claimed to want to give all New Yorkers easy access to the outdoors, but with time, his motives were revealed to be less pure. David Hare’s script is based on a biography by Robert Caro. A Bridge Theatre production. With Greek and English subtitles.
Price Ticket: € 12 / 8

A play written by Margarita Alexandraki describing the relationship of trans Jenny with her aged father. Directedby: Spiros Charalambous. In Greek
Price Ticket:  €12 / 10

Could a statue and a girl become forever friends and travel together around the world? A performance accessible to all ages and nationalities since the language is especially invented for this performance. Story/lyrics: Stavros Stavrou, Directed/Choreographed by: Costas Silvestrou, Panayiotis Tofi
Price Ticket: € 10

Anemona Theatre presents the play of award-winning French writer Florian Zeller, The Son. A social and sensitive play dealing with the way of dealing with an adolescent’s problems. Directed by: Varnavas Kyriazis. In Greek.
Price Ticket: €15 /12

Where we rest is a production by enacttheatre, a devised theatre performance based on Edgar Lee Masters’ anthology Spoon River. Performed by: Marina Makri, Elena Kallinikou.
In Greek.
Price Ticket: €12 /10

A composition by Antis Skordis, inspired and based on the concept of fear. Through 7 acts, the composer highlights a different sense of fear in our daily life.
Composition: Antis Skordis, Projections: Adonis Archontidis
Price Ticket: €12 /10

THOC’S Central Stage presents John Patrick Shanley’s renowned play Doubt, written in 2004, won both a Pulitzer Prize and a Tony Award, and became widely known through its film adaptation in 2008. Directed by: Andreas Araouzos.
In Greek, with English and Turkish surtitles.
Price Ticket:  €12 /6

A concert performance featuring extracts from Theofrastos Sakellaridis’ operettas Daughter of the Storm, Picnic, I want to see the Pope and The Godson.
Directed, adapted for stage: Angela-Cleopatra Saroglou
Arrangements for small music ensemble: Michalis Grigoriou
Price Ticket: €10 / 8
*National Theatre Live: National Theatre Live is an initiative operated by the Royal National Theatre in London, which broadcasts live via satellite, performances of their productions to cinemas and arts centers around the world