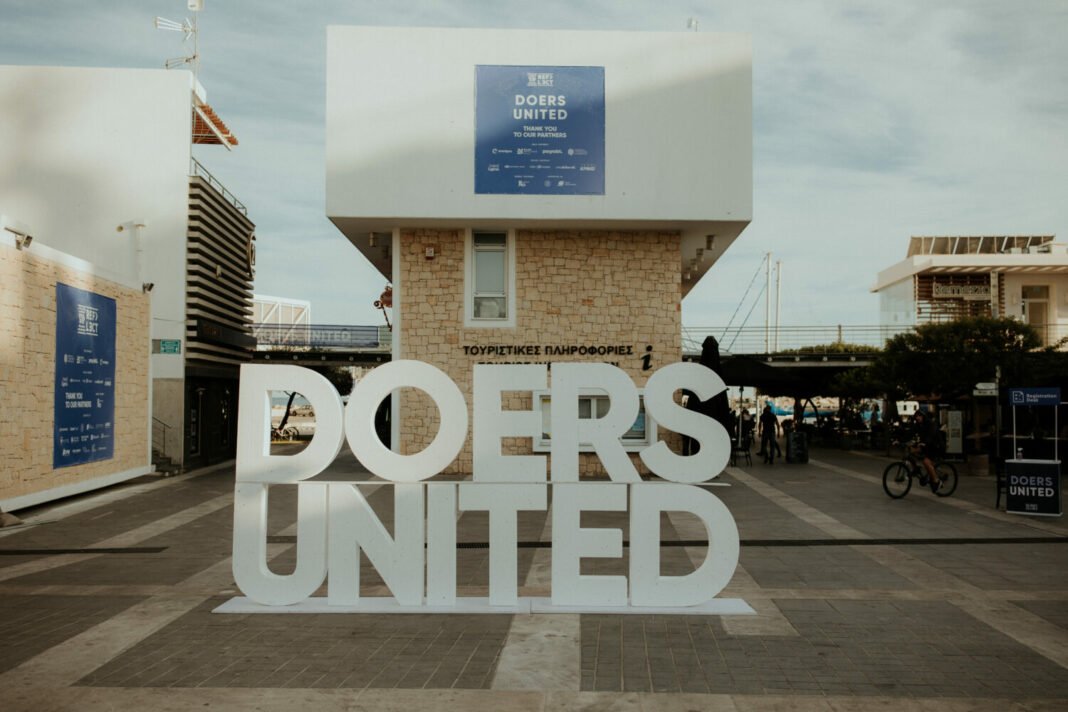 The festival that put Cyprus on the global technology map returns to Limassol this month. Stylianos Lambrou, founder of Reflect Festival and tireless young entrepreneur, explains to Limassol Today how this event managed to actually overturn the country’s negative international image, attract hundreds of technology talents, and lay solid foundations for transforming Limassol and Cyprus into an international technology centre. Stylianos points to the festival’s significant financial contribution to the local economy, noting that the state strongly supports the institution, while local authorities are just realising its value and potential.

Q. In a few weeks’ time, Limassol will host the 5th Reflect Festival. A technology summit bringing together thousands of delegates from Cyprus and abroad, under the slogan ” Doers United”.

We chose this slogan because we believe that technology brings people together. Reflect Festival aims to unite the technology community beyond country, identity or religion. Having said that, we deeply invest in the philosophy of Doers, and this term doesn’t just include entrepreneurs, but any individual who is delivering, who is productive in their field of expertise. Especially in our country we really do need more doers, active professionals, entrepreneurs and citizens.

Q: So, you feel that we don’t have enough doers in Cyprus?

I certainly hope that we will in the near future, as many relevant initiatives are underway. I would like to point out however that it’s not enough to rely only on private initiative. Those running the country must lead by example and reward initiatives.

Q: How did Reflect get started?

It was a spontaneous decision taken 4 years ago, along with my close partner Dusan Duffek and my sister, Andria Lambrou. It was born out of our desire to unite people from the world of technology with the aim of exchanging ideas and proposals, sharing their own experience, and developing synergies. Thus, in 2018, we organized an initial small conference, with approximately 300 participants. This first attempt went very well, we witnessed the dynamic forged when you bring like-minded people together. The following year, we set up a much larger conference, with more than 2 thousand people joining us, including several delegates from abroad. In 2020, covid overturned our plans to organise the largest technology festival ever held in Cyprus. It was however realised online. We managed to achieve our goal last year, with great success. 3,500 participants, both locally and abroad.

Q: What is the Reflect identity in terms of attendance?

We welcome entrepreneurs, investors, technological company employees, industry students and professionals from various other sectors of the economy. Regarding foreign participation, most delegates come from Central Europe, as well as other European countries. We also have significant Middle East participation. Through Reflect Festival we managed to forge a number of major collaborations between professionals from Europe and the Middle East, proving that Cyprus can indeed become the meeting point for all these doers.

Q: So, is the perception that Limassol and Cyprus as a whole can develop into a technology centre, gradually sinking in internationally?

Exactly right and this is one of the goals of Reflect, turn Limassol into a Tech Hub. The city has a uniqueness that aligns with this goal, but it will take time to compare it with other established tech hubs such as Silicon Valley, London or Tel Aviv.

The uniqueness stems primarily from location. For people coming from the Middle East, Cyprus is the closest European country and this is a major competitive advantage for us. It is admittedly very difficult to near impossible for a European tech talent to move to a Middle Eastern country. But much easier to convince them to relocate to Cyprus, bringing their talent along. Apart from location, Mediterranean climate and quality of life, Cyprus also provides numerous incentives and facilities for the relocation of technology companies, making it highly competitive and therefore an ideal choice for this community.

Q: But does Cyprus, and particularly Limassol, have the necessary infrastructure to develop into a tech hub?

If we’re talking about internet technology and infrastructure, services available in our country have reached really high levels, surpassing many other countries. When it comes to accommodation, it is true that in Limassol prices have skyrocketed. This is partly due to the arrival of many technology sector professionals and the fact that their companies are the biggest investors in the real estate sector at the moment, in an effort to ensure housing for their employees. As a result, it is a time of significant growth for the city, creating better employment opportunities as well as wages. It is a known fact that technology companies are the companies with the highest paid workers.

Q: These price hikes however are causing social issues.

Yes indeed, which I personally do not agree can be tackled by proposals such as a cap on rents. What the government needs to do is incentivize investors to develop more housing units, in exchange for promoting affordable housing. Suffice to say that five different companies I am in contact with are currently working towards building apartments to house their employees.

Q: Back to Reflect Festival. What’s been the impact so far and what are the expectations this year?

Reflect Festival ‘s greatest success is that it contributed to improving the image of Cyprus abroad. We hosted major personalities in the field and put our country on the technological map. They come here with the perception that we are a money laundering centre and don’t believe what they finally see. As a result of reversing this image, many have relocated their companies to Cyprus. This is the 2nd major contribution, the relocation of companies, investment funds and digital nomads to our country.

The festival also has a positive effect on the local economy, as the event returns a considerable amount to various local professionals and suppliers. Delegates stay at city hotels, visit restaurants, have fun, travel, shop. Suffice to say this year 1500 people will visit from abroad. I believe that the total contribution to the economy will reach up to two million euros.

An equally important contribution is the visibility that Cyprus gains in the international media, as a number of journalists will be visiting and reporting on the festival once again this year.

Even more importantly perhaps, Reflect Festival and the contacts we developed with distinguished professionals in the field, led to the creation of Tech Island, a non-profit association, forged through the collaboration of dozens of technology companies based in Cyprus with an international vision.

Q: The team and yourself funded the event exclusively from the private sector. Any state support?

Not at first. But gradually and evolutionarily, the government recognised the value of this Festival and raised its contribution. Unfortunately, we still don’t have similar support from our city. I would like to make it clear that this Festival is not organised with the aim of generating any income, therefore its realisation depends solely on securing the necessary sponsorships. For example, in Lisbon, hosting the Web Summit, a conference with more than 50 thousand participants, the City Council supports the organisation with 11 million euros annually. In fact, the municipality has signed a contract with the organisers to host the Festival in the Portuguese capital for 10 years, precisely because they have a clear understanding of the multiple benefits that such an event brings to the city.