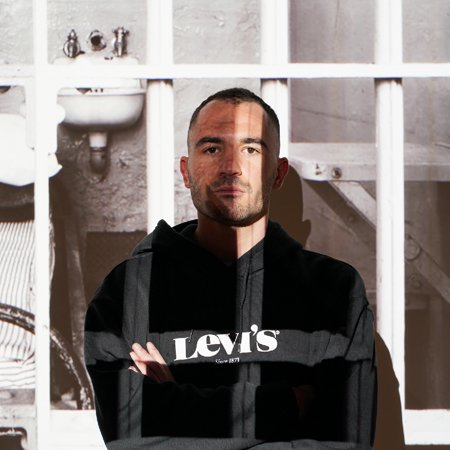 Did the Media help get Donald Trump elected back then? 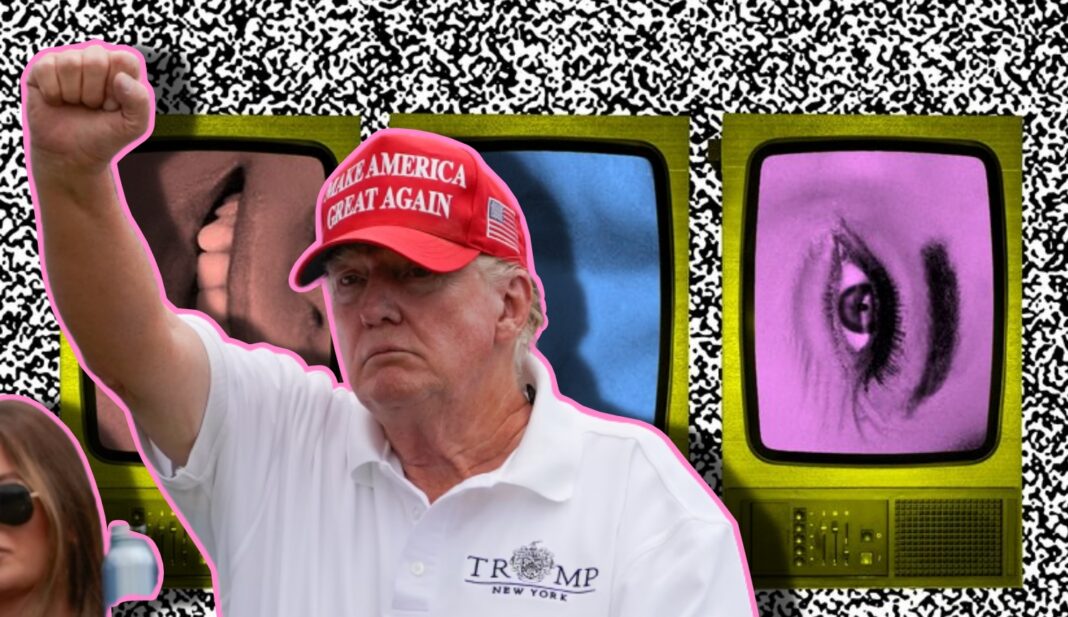 Political communication is passing a development phase. Mediatization and digitalization are now forming new conditions, affecting the citizens, and therefore their electoral behavior, society, and institutions. Thus, political communication is being dominated by digital tools. Its character has also been enhanced as an interventional process between the formal governmental institutions and the voter’s choices. The dissemination of messages on the behalf of politicians and the news coverage can influence and eventually set the public agenda and direct the voting decisions. A great example that illustrates those developments is the election of Donald J. Trump as the 45th U.S. president. Trump, stacked on the idea that occupying a significant amount of space within the news media coverage, by making himself to any media’s call, would allow him to influence the media platforms that would enable his politics. The present paper provides an overview on the research on the relationship between media coverage and elections, discussing whether and how the electoral outcome might be affected by this relationship. Therefore, issues of concern regarding democratic implications due to the media coverage of elections are being discussed.

The importance of the media when it comes to elections and their capability of affecting the political processes can be understood and evaluated when taking into account the variety of contexts that political communication takes place in modern democracies. Political communication functions mainly rely on mass news media, journalism, political websites, and social media networks. The media have bidirectional interactions with politics, which contributes to a strong relationship between the two entities that takes place within the context of political communication. Politicians need access to the news media to get their message to the voters, and news outlets need politicians as sources for news essential to the voters. Focused the relationship between politicians and news media, would allow us to understand this kind of communication through a power-related approach. Media are now increasingly seen as political actors in their own right, which “forces” governments and politicians to organize their communication as a result of the importance of their relationship with news media.

Adopting this approach, described the relationship between the U.S. Presidency Press Office and the Washington press as a “give-and-take” one. One the one hand, politicians seek communication means in order to reach the electorate, strengthen their voices, increase their positions dissemination through news broadcasts and affect the agenda. On the other hand, politicians and political institutions are major news sources for the news media, regarding their coverage of political issues. The dissemination of political messages is the crucial part of influencing the agenda and public opinion, but this cannot be achieved unless the medium that will deliver the message is at the politician’s disposal. This is what Trump realized, that dominating the news agenda would allow him to strengthen his “political” voice, influencing millions of American voters. His approach towards the conditions of becoming salient in the news agenda is also interesting. Back in 1987 it was said that “if you are a little different, or a little outrageous… the press is going to write about you”. Recalled to the political science’s “Rule of Anticipated Importance”, which suggests that the media are more eager to cover candidates and issues according to how much they’re expected to matter. Trump’s controversial public statements, behaviors, and his celebrity life in the previous decades, encourage media outlets to dedicate more space in covering Donald Trump.

The communication abundance has intensified the competition among the message makers. Politicians, journalists, bloggers, etc. are now competing in order to gain and hold the attention of their target audiences. Trump therefore, was well aware of his importance to the media outlets, as he could consist an “attractive” content to the media audiences and knew that he would be able to easily expose himself and his opinions to the voters, through a continuous appearance on the media’s content. Media on the other hand, were in need of a persona like Donald Trump, that would be able to attract their audience’s attention, due to his character’s and biography’s “specialties”. Shafer on 2016 stated that Trump succeeded in transforming himself into “Trump the candidate” through all those years of never rejecting a media opportunity. Specifically, back then, Donald Trump had received more TV coverage than any other candidate, either from the Republicans or the Democrats. This extent of exposure acknowledged that to voters, he was holding an advantageous position over his rivals.

Being able to influence or set the agenda, can result in the salience of issues or other elements among the public, and the subsequent expression of opinions about specific public figures. This development is called “priming”. As citizens rely upon the agenda of the most salient issues that are being disseminated and set to a significant degree by the news media coverage, the criteria on which an opinion regarding an issue, are being affected and/or indicated (McCombs, 2014). Trump, been given the opportunity to dominate the news agenda with his political messages, which obviously affected the public agenda as well, and in the end, succeeded in priming specific political and societal issues, such as the issue of immigration in the United States which affected many voters as to their evaluation of other candidates during the election period.

Donald Trump is mainly perceived as an American populist, regarding his policy views. He’s also “proved revolutionary in his ability to create and manipulate” through which he disseminates his politics to the public. Seeing populism as the “pathology of democracy”, an essential democratic phenomenon that is out of control. We can rely on Pelinka’s characterization of far-right populism when it comes to Trump. Trump was an insurgent candidate and not a part of the Republican establishment. His celebrity capital had to be converted into political capital, making thus, its coverage by professional media a must. In that case, journalists focused on the past of the current U.S. president, digging in feature stories, news accounts, biographies and lawsuits, keeping him on the top of the headlines.

Far-right populism is characterizing by two “defining others”. First, “them above” which refers to ruling parties, the powerful few in society and the economic sphere. Then, “them below”, including ethnic minorities, migrants and generally, any segment in society that can be portrayed as foreign. In addition, Trump enjoyed a great amount of media coverage during his presidential campaign and employed messages of national exclusiveness (“make America great again”, the wall along the borders with Mexico, etc.). Thus, populist politics, could be a result of the media’s coverage of elections, which can give the stand to politicians like Donald Trump, who due to their controversial personas, might be treated as sources that can attract people’s attention.

Another media coverage’s impact on democracy is the developments that can undermine the liberal democratic norms. Fake news, bot activity during the televised debates and series of hacks and leaks can destabilize the media-politics elite and damage some politicians, like for example Hilary Clinton back in 2016. He explains that those developments are due to the media hybrid system, and the blending of new and old media logics. The modern media environment entails a high degree of competition within the elite news industry, is being occupied by click-bait journalism, and being dominated by digital platforms such as Google and Facebook, which have many times contributed into the spreading of fake news and misinformation. Those developments are questioning the role of those platforms in the formation of public opinion. Trump’s excessive exposure provided him with the capability of taking advantage over the developments mentioned, and eventually managed to manipulate the media and therefore most probably the public opinion.

In addition, the great extent that political communication is mediatized entails another reason for having a negative impact on democracy. Media seek for the most attractive content for their audiences, thus out-groups are kept out of the national conversation. The financial challenges the media organizations are now facing such as: global competition; loss of advertising; and the uncertainty in the “serious” journalism market, have forced the organizations to reduce the number of journalists, while paying less attention to politics and more to entertainment, leading to blurry distinctive boundaries between news and entertainment. Trump’s “exciting” and celebrated life prior to the presidential elections, was a perfect match for those new criteria that set the news coverage. As a result, the media’s democratic role might be undermined by its decreasing objectivity. For many reasons, it is argued that the media’s coverage is biased and flawed. In general, the selection of what should be reported and how much space each should occupy is not based on any objective criteria.

Finally, the news coverage of elections can have an important influence on public agendas and vote decisions. Empirical research findings suggest that people who tend to decide closer to the elections, mainly respond to the actual events and coverage. In addition, social networks are an important part of the vote decision in some cases and may even increase the involvement of people who do not expose themselves to conventional political frames in the mainstream media. Therefore, politicians are increasingly using the internet for campaigning. Trump achieved both: managed to keep his name in the news agenda and conveyed his Twitter “mastering” by getting 7.5 million followers on Twitter a short period before the elections, engaging key stakeholders and directly appealing with the public, rather than relying on traditional mass media coverage.

To conclude, someone can support that the media help Trump on getting elected. But on the other hand, it is not that media that created the political phenomenon of Trump. Media only reproduced and produced content which was related to Trump’s controversial life, opinions and behavior. Then Trump managed to artfully create the media which in turn created Trump the presidential candidate. He took advantage of the coverage he was enjoying, no matter the valence of it. Dominating the news agenda allowed him to influence the public agenda, and therefore, to prime specific issues and attributes of them. This kind of effect is a significant extension of agenda-setting, and that holds a crucial role in the shaping of attitudes and opinions, as there is empirical evidence from other cases where the influence of the news agenda on the salience of issues among the public, primes the criteria that citizens evaluate politicians.

The interdependence between media and politicians, especially when it comes to elections, which is based on information distribution monopolies, has been stabilized the press and politics relationship and the democratic system as well. Social media might have “included” the electorate into the equation, but both political and media elites are to a large extent “protected” from citizens and are still able to negotiate the political and public agenda on their own. Finally, the highly competitive media environment has enhanced the media outlets’ responsiveness to gaining the audience’s attention, resulting in a disorientating-from-politics tendency. Superficial or not at all information about political, economic and international issues are essential for well-informed democratic deliberation. This is what dominated the news media coverage of Donald Trump prior to his election, securing him a permanent place in the news and public agenda for months and making him capable of promoting his candidacy.